El Son de Negro as it's name indicates is danced by blacks, it is a black African-influenced dance that derived from the slaves brought to America. They where brought in ships to Cartagena, Colombia during those times that the slave market was present. It is said this dance was born in Santa Lucia a town in the South Atlantic.

The black slaves during that time exaggerated their facial and body gestures as a form of entertainment and used them to make fun of the Spanish. This dance is mostly just played by men.

The costume for the men is trying to show the idea as if the where naked, so they only wear a bermuda which is all black. The dancers all paint their body black to represent the color of the blacks, and use red dye on their mouth and tongue which symbolize them the most. This "negros" wear a colorful hat mad up of paper flowers, it is used for sun protection, and they also wear a couple of colorful necklaces. Finally on their hand they carry a machete.

When it comes to the dancing the movements are hard and fast. The men dramatize the expressions with their mouth opened and their tongue out. The rhythm is accompanied by tables and the palms as well as a drum beat, and the sound of guacharaca. 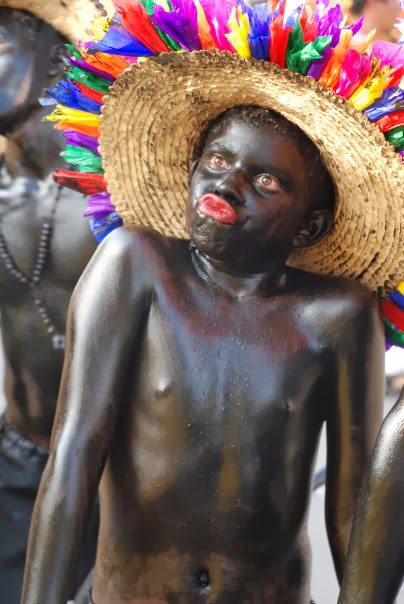 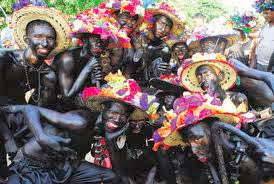