At Barranquilla's Carnival the one person that brings the happiness to all the city is the Carnival Queen. Each year a new queen is chosen by the Board of the Fundacion Carnaval de Barranquilla often in the months of August and September. The queen has the job to be the center of attention and motivate all Barranquilleros to participate and enjoy their favorite time of the year which is it's carnival. This years Queen is Maria Margarita Diazgranados, she is already working hard to have a unforgettable year.

Every year on January in Barranquilla (Colombia), a city located on the Caribbean sea, the carnivals begin with a proclamation called "El Bando". This day the queen on a huge stage in a stadium in front of many Barranquilleros orders and provides that the rule of joy is set in the city and that everyone has to dance and enjoy until they can't move. Then she does a small presentation by dancing and the show is continued by singers. After el Bando comes "The Coronacion" where the Queen receives her crown after a huge presentation and here is where the 4 days of carnival start.

Saturday of Carnival or how its named "Sabado de Carnaval" our Queen presides over the parade called Battle of Flowers. In this parade numerous folk groups including the Congo, Marimondas, Garabato, la Cumbia and others follow the Queen in a big truck that is decorated with a different theme every year.  Also during Carnavales theres other folk festivals and parades such as The Guacherna, the Grand Parade and Festival of Orchestras which are popular events in public we all enjoy. 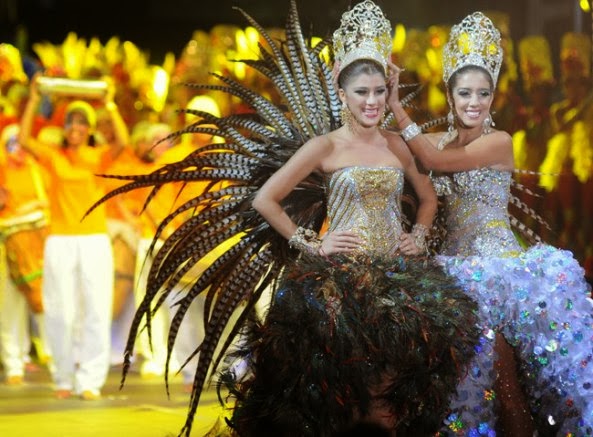 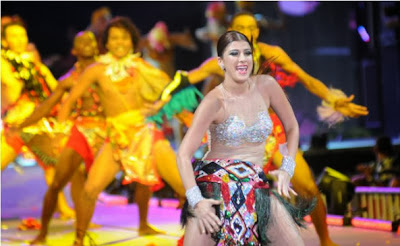 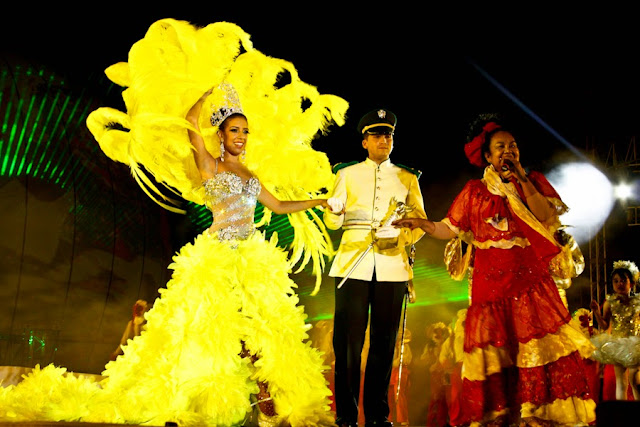 The rest of the information i used was from my experience in the carnival after all these years.
Posted by Unknown at 4:15 PM